FIND AN INMATE FAST in HENDERSON

The Henderson Police Station is where someone arrested in Henderson Nevada will be transported for booking and be given a bail amount. When someone is taken into custody, they are typically issued a bond amount for release. 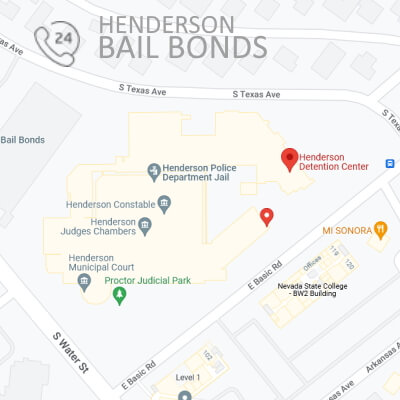 DISCLAIMER: Please take notice, this Henderson free inmate search website is not sponsored by the Henderson City Government, Henderson Sheriff or any other government or law enforcement entity. This is a free website to help people of Clark County find inmates and information about charges, arrest and bail amounts.